Winners Robert Partin (left) and Sherrie Schuler congratulate each other on their successful campaigns after the numbers were announced.

Story and Photos
By Jeff M. Hardison© Sept. 14, 2021 at 9:11 a.m.
BRONSON – There were four provisional ballots, which can be “cured” by Thursday at 5 p.m. to stablish that they in fact had the right to vote in the Town of Bronson election, however those four votes would not make a difference.
A provisional ballot exists when a person thinks they are eligible to vote in an election, but an election officials sees reason to question it. The voter can then prove to the elections office within a couple of days that they are eligible or the vote is not counted.

MORE BELOW THIS AD

Sherrie Schuler is seen at her tent before the election was final.

Robert Partin is seen at his campsite before the election was final. His family members helped him throughout the day. His campsite included an RV.

Some of the people who showed up to hear the results of the election are seen before the final tally was announced.

The unofficial count in the Bronson Town Council Election shows that out of the 861 qualified registered voters who could have cast ballots in Bronson for this election, there were 148 voters who showed up on election day (Tuesday, Sept. 14) from 7 a.m. to 7 p.m., and there were another 89 people who voted by mail-in ballot.
Therefore, 237 of the possible 861 people decided the winners in two races for Bronson Town Council seats.
In the race for Bronson Town Council Seat 1, Robert Partin won with 155 votes over Mark Kjeseth who received 69 votes.
The breakdown for Partin was 98 election day votes and 57 mail-in votes.
The breakdown for Kjeseth was 38 election day votes and 31 mail-in votes.
In the race for Bronson Town Council Seat 3, Sherrie Schuler received 123 votes and won in the contest over Allen E. Alexander who had 112 votes.
The breakdown for Schuler was 74 votes on election day and 49 mail-in votes.
The breakdown for Alexander was 73 votes on election day and 39 mail-in votes.
There was one ballot that had to be redone (duplicated) by the Canvassing Board of Levy County Commission Chairman John Meeks, Levy County Court Judge James Tim Browning, Bronson Town Manager Susan Beaudet and Bronson Deputy Town Clerk Wendy Maragh.
That one ballot was marked where the machine could not read it, although the marks were clear enough for the officials to mark the replacement (duplicate) ballot to properly record the votes via the machine, which were clearly meant to be cast by that voter.
Town Manager Beaudet served as the municipal supervisor of elections, and was helped by the deputy town clerk, and Levy County Supervisor of Elections Tammy Jones and staff.
Before the election, there were posts set up by the winners across the street from the Dogan Cobb Municipal Building where Partin and Schuler had family and friends supporting them through the day, including through some light rain.
Among the people in the Partin campsite were his mother Louise Partin, and three sisters – Ella Johnson and her husband Wayne Johnson, and Carolyn Hunt and her husband Larry Hunt. Janet Owen, Partin’s third sister did help during part of the day, however she had many other duties for the day that demanded her attention.
Sherrie Schuler’s father Franklin Schuler, a former Town Council member and a former mayor of Bronson, was at her campsite as were many, many other family members and friends.
Immediately after the election results were announced by Canvassing Board Chairman Meeks, Town Councilman Partin said he was too tired to say anything. He has had demands on him that would be exhausting to anyone.
Meanwhile, incoming Town Councilwoman Sherrie Schuler provided a response when asked for feedback after she was announced as a winner.
“I am honored,” Sherrie Schuler said. “I feel like it is a privilege to be able to serve the people. I am thankful for every single vote – everybody that came out in the weather, everybody that came out and showed some support. So, I am grateful.”

This HardisonInk.com file photo shows the front of the Hardy R. Dean Municipal Building (Chiefland City Hall) with a monument for The Ten Commandments in its front yard. This is where the Chiefland City Commission normally meets and it is one of the structures where the city government conducts its business, and it is where the City Commission is scheduled to conduct a special meeting at 5:30 p.m. on Monday (Sept. 13) to discuss its evaluation of the first three months of work by City Manager Laura Cain.

COVID-19 testing options
increase for Tri-County Area
By Jeff M. Hardison © Aug. 30, 2021 at 12:11 p.m.
Updated Sept. 6, 2021 at 8:11 a.m.
FANNING SPRINGS – The Suwannee River Fairgrounds at 17851 90th Ave. in the City of Fanning Springs is the latest location being offered for testing for COVID-19, according to information provided by the Tri-County Unit of the Florida Department of Health, serving Dixie County, Gilchrist County and Levy County.
These are the fairgrounds where the annual SRF Youth Livestock Show and Sale happen for the Tri-County Area of Levy, Dixie and Gilchrist counties.
Tri-County Area residents and visitors can be tested for COVID-19 for free there on Sundays, Mondays and Tuesdays, after making an appointment online by registering at https://testing.nomihealth.com/easy_registration/26/onsite.
Nomi Health in conjunction with the Florida Department of Health will be providing free testing from 10 a.m. to 6 p.m. every Sunday, Monday and Tuesday. Register online to schedule a test.
Every Wednesday, Thursday and Friday, there is testing in the Tri-County Area through the Florida Department of Health. Also every Wednesday, Thursday and Friday, the FDOH is providing vaccinations (see the ad on any of the seven pages of HardisonInk.com).
There is no cost associated with the testing at SRF or any of the FDOH sites. There is no need to show symptoms for testing. Individuals with questions may contact any of the Tri-County Health Departments: Dixie- 352-498-1360; Gilchrist-352-463-3120; or Levy-352-486-5300.

Vaccinations are available
in the Tri-County Area
By Jeff M. Hardison © July 28, 2021 at 11:11 a.m.
Updated Aug. 26, 2021 at 8:11 a.m.
WASHINGTON, D.C. – The United States Centers for Disease Control and Prevention (CDC) updated its website July 27 regarding best health practices regarding the global COVID-19 pandemic.
The CDC recommended as of July 27 that fully vaccinated people begin wearing masks indoors again in places with high COVID-19 transmission rates.
The agency is recommending children wear masks in schools this fall as well.
Among the wealth of information available from this public health agency of the federal government, which bases recommendations on what is found from the utilization of the scientific method, it notes the following as of yesterday:
● If you are fully vaccinated (two weeks after the second of two doses for a two-dose regime like with Moderna or Pfizer, or two weeks after the Johnson & Johnson single dose), you can participate in many of the activities that you did before the pandemic.
● To maximize protection from the Delta variant and prevent possibly spreading it to others, wear a mask indoors in public if you are in an area of substantial or high transmission.
● Wearing a mask is most important if you have a weakened immune system or if, because of your age or an underlying medical condition, you are at increased risk for severe disease, or if someone in your household has a weakened immune system, is at increased risk for severe disease, or is unvaccinated. If this applies to you or your household, you might choose to wear a mask regardless of the level of transmission in your area.
● You should continue to wear a mask where required by laws, rules, regulations or local guidance.
As of July 25, in Florida, there were 12,177,959 people or 56 percent of the state’s population that had received at least one dose. As of July 25, overall, 10,407,543 people or 48 percent of Florida's population has been fully vaccinated, according to another set of researchers.
Florida law bans adolescents from receiving the COVID-19 vaccine without parental approval. Other states allow teenagers to make medical decisions for themselves, including vaccinations. Among those other states are Alabama, Arkansas, North Carolina, and South Carolina, and some states in the Pacific Northwest.
Children younger than 12 years old are not yet eligible for the vaccine in the United States.
The Florida Department of Health suspended daily COVID-19 reporting in early June and has not resumed the daily sharing of public health information.
The single best general resource for finding a place to get vaccinated against COVID-19 is https://www.vaccines.gov/.
The Florida Department of Health is still testing for COVID-19 and providing free vaccinations in Levy County, Dixie County and Gilchrist County. To see where and when tests and vaccinations are available now in the Tri-County Area, see the advertisement from the FDOH Tri-County Area Unit on any of the seven pages of HardisonInk.com. (Florida Department Of Health -- COVID-19 Testing And Vaccination Days, Times And Places In Levy-Dixie-Gilchrist Counties), ALL SEVEN PAGES, Including The HOME PAGE).
Another method to become vaccinated against COVID-19 is to visit Winn-Dixie, Walmart, Walgreens, CVS and local pharmacies. Another method is to check with your primary care physician at places such as Palms Medical Group.
Vaccinations to reduce the odds of catching or spreading mumps, measles, rubella, tetanus, influenza, pneumonia, chicken pox, shingles and other diseases are available. However, these are not all covered by completely by insurance or the government. Vaccinations against COVID-19 are free and relatively easy to get.
In regard to any health matters, consult a doctor and look at reliable scientific data before taking action or not taking action.

Click on the ad above
to be notified via email
about Instant News Alerts.

Erika Ayler sings the HardisonInk.com jingle when she was requested to do so on Sunday morning (Aug. 1, 2021). Jeff M. Hardison was checking out of the LaQuinta Inn and Suites on the west side of Fourth Street between 66th and 67th Avenue North in St. Petersburg, Florida. Hardison returned to his hometown for a day to celebrate the life of the late Jerry Lee Hardison (Nov. 22, 1957-Feb. 18, 2021) on Saturday, and he left on Sunday morning. If you see Jeff Hardison and you want to sing the jingle, just let him know or send an email to hardisonink@gmail.com. He asks people to sing the jingle, and some of them agree to sing it. (Thanks people!) CLICK ON THE PICTURE ABOVE TO SEE AND HEAR THE VIDEO ON YouTube.com.
Published Aug. 1, 2021 @ 7:11 p.m.
© Video by Jeff M. Hardison, All Rights Reserved 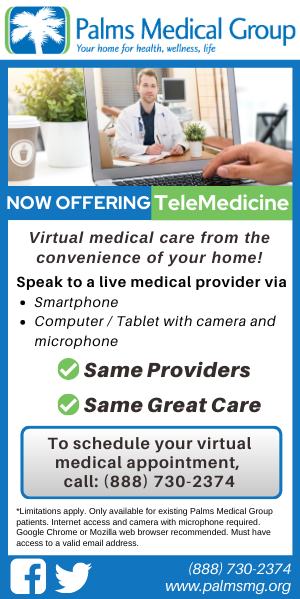 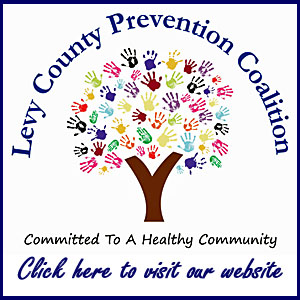 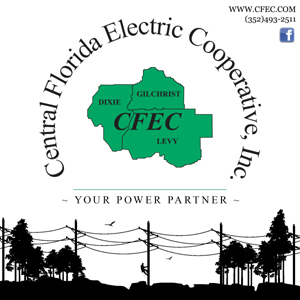 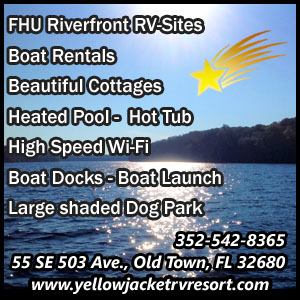 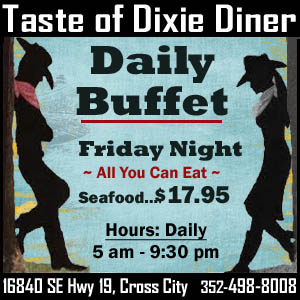 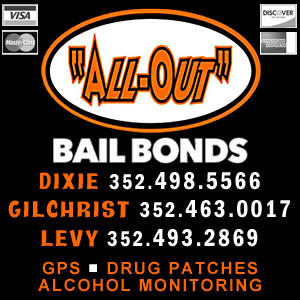 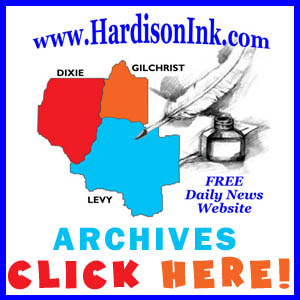 Please Click On The Above Ad To Go To The Archived Stories And Photos.

Call Us Find Us